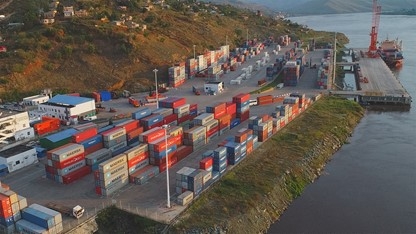 Konecranes has received an order from the Matadi Gateway Terminal in the Democratic Republic of the Congo for four hybrid RTGs. These will be the first hybrid RTGs operated in Africa by the Congo River in the city of Matadi. As a world first in the container handling industry, Konecranes now delivers hybrid and electric RTGs to customers as carbon neutral. Carbon emissions are minimized wherever possible in the manufacture of the cranes and the remaining emissions are compensated with re-forestation, up to the point of hand-over to the customer. This order was booked in the first quarter of 2022 and the hybrid RTGs will be delivered by March 2023.

International Container Terminal Services and La Société De Gestion Immobilière Lengo jointly run the Matadi Gateway Terminal in the Democratic Republic of the Congo. The new hybrid RTGs will enable MGT to handle increasing container traffic. “This is a breakthrough for both DR of the Congo and Africa as a whole, where container terminals are looking for ways to reduce their carbon footprints. These are their first RTGs and a big step forward in their container handling ability that will help them to reach their growth goals,” said Matti Talala, Sales Manager, Port Solutions, Konecranes. This hybrid choice of MGT is fully in line with MGT’s ongoing environmental policy.

MGT opened for business in 2014 and has since grown to reach 175,000 TEU of capacity. The new hybrid RTGs will handle containers with high eco-efficiency thanks to their hybrid drives. A hybrid Konecranes RTG is operated with electrical power from batteries and a diesel generator. During normal use, power is drawn from the batteries. During peak use, power is drawn from the batteries and diesel generator together. The hybrid RTGs for MGT will have built-in readiness for fully electric operation and they will have the smart features Auto-steering and Stack Profiling with a lifting capacity of 40t. This design and configuration will increase MGT’s capacity to 400,000 TEU by doubling the yard area.

This is part of Ecolifting, Konecranes’ continuous work to decrease the carbon footprints of our customers. From eco-optimizing diesel drives to hybridization and fully electric fleets, we will continue to do more with less.

A strong focus on customers and a commitment to business growth and continuous improvement make Konecranes a lifting industry leader. This is underpinned by investments in digitalization and technology, plus our work to make material flows more efficient with solutions that decarbonize the economy and advance circularity and safety. 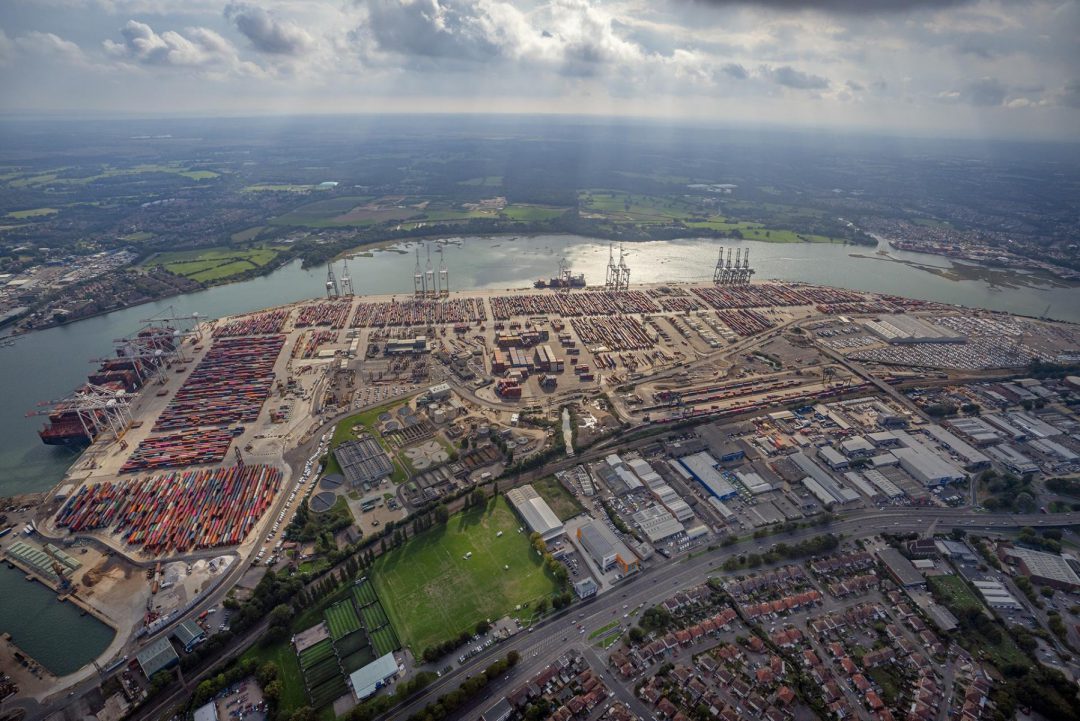 DP World, the leading global logistics company and provider of smart supply chain solutions, has completed the implementation of the CARGOES TOS+ Terminal Operating System at DP World Southampton in the UK.

DP World Southampton is one of the UK’s major deep-water ports, with an annual throughput of 2 million TEU, and the new terminal operating system implementation comes following DP World’s £40m investment into the port last year.

The CARGOES TOS+ solution is designed to optimise operations for efficient cargo and container handling at port and terminal facilities. Among the host of new features now available to DP World Southampton with CARGOES TOS+ is a highly accurate simulation modeling capability, where terminal operations and the results of planning can be seen in advance and fine-tuned before changes are made in the production environment.

Other new features include deadline handling for rail yard moves and dynamic zoning of quay cranes. This allows improved planning of discharge operations and empty container selection, to minimise travel distance and congestion.

Since the go-live of CARGOES TOS+ at the start of April 2022, quay crane gross moves per hour has increased, whilst truck turnaround time has decreased. Additional features of the CARGOES TOS+ platform will be enabled at DP World Southampton over time to bring further productivity gains to the port.

The switch to CARGOES TOS+ from the legacy Navis N4 TOS system is a particular milestone for the CARGOES Ports & Terminals team as it is the first time CARGOES TOS+ has been rolled out at a port running straddle carrier operations.

DP World Southampton has garnered industry accolades for achieving the fastest landside turnaround time in the UK as well as being the most reliable rail feed, with dual track access to the country’s main rail network feeding 22 trains a day. Southampton has the highest percentage of containers moved by rail in the country, and together with its sister terminal London Gateway, takes the equivalent of 300,000 trucks off British roads each year.

The terminal is a pure straddle carrier port, operating a fleet of hybrid straddle carriers that service 14 quay cranes. Southampton has recently replaced diesel with vegetable oil-based HVO biodiesel, cutting net emissions from the terminal by over 80%.

Matt Stride, Business Optimisation Manager – Operations, Project Lead, DP World Southampton, said: “As the first straddle carrier terminal and one of the first big European terminals in the DP World portfolio, the leap from the Navis platform to CARGOES TOS+ represented a significant milestone for us and also for the CARGOES TOS+ group .

“As a highly competitive terminal, DP World Southampton embraced the prospect of a new TOS in order to increase productivity, reduce delays and build a platform for the future.

“The team in Southampton look forward to the next stages where more of the terminal operations will fall under TOS+ management and control.”

Steve McCrindle, Port Operations, DP World Southampton, further stated: “This was a fantastic team effort, not only to develop and deliver the first straddle carrier module, but the go-live was a resounding success, resulting in a seamless migration, no unplanned downtime and zero impact to our customers. The two teams have worked extremely well together. Full credit goes to CARGOES for understanding our requirements and ensuring we had the correct people and expertise throughout the project journey.”

Mohammed Rahmah, VP CARGOES Ports & Terminals, said: “The Southampton terminal is a new success story for the team. At CARGOES, we focus on adding value to terminals by developing the most advanced features possible. We have end-to-end solutions catering for all elements of terminal operations, from gate systems to internet of things capability. With a host of tools to choose from, we aim to deliver the solutions that ports and terminals need as they adapt to the future of global trade.” 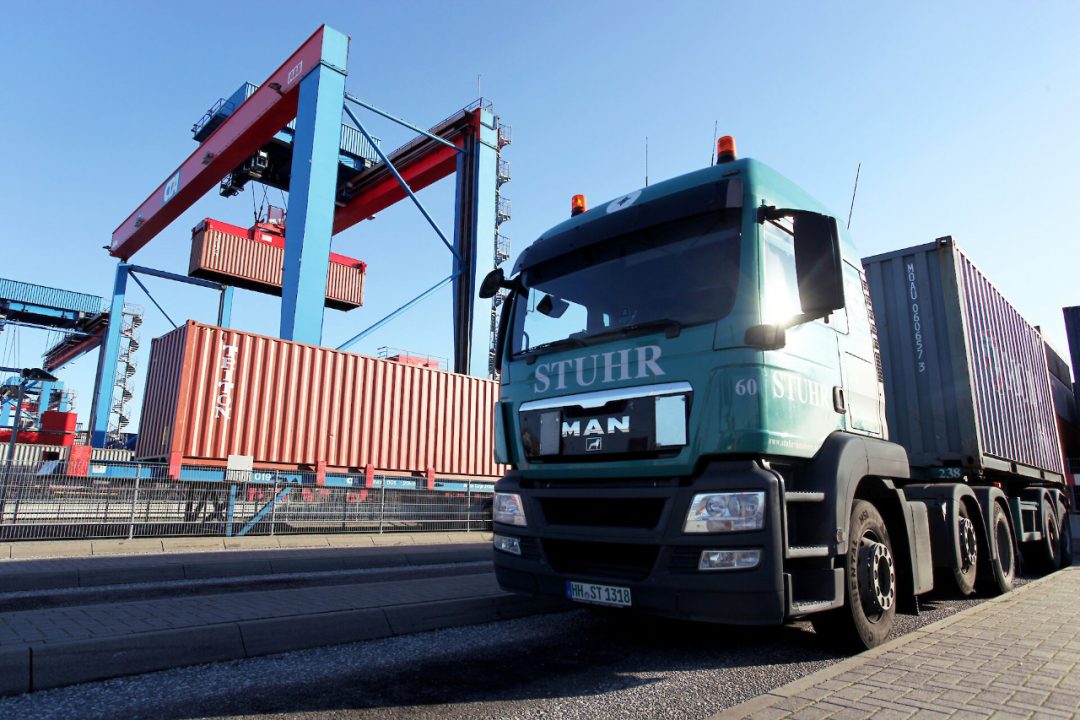 In collaboration with various haulage companies, Hamburger Hafen und Logistik AG has continued to successfully develop its slot-booking process for truck visits to the Port of Hamburg with the introduction of Truck FIT. Stuhr Container Logistic GmbH & Co. KG is supporting the update, since the changes introduced will also allow haulage companies’ capacities to be planned and managed more reliably.

Jens Hansen, Chief Operating Officer of HHLA, says, “With the introduction of the slot-booking process and the Truck FIT system updates, we are continually improving the processes at the Hamburg terminals. This reduces the amount of time trucks spend at the terminal and thus relieves public infrastructure. Collaborating with the haulage companies has enabled us to further develop the system based on the needs of the users and brought us closer to our common goal: the transparent and reliable allocation of slots.”

The system updates were made in close coordination with participating haulage companies. An important development partner for HHLA was Stuhr Container Logistic. The Hamburg haulage company is an expert in container transport in and around the Port of Hamburg. The company was involved in the planning and implementation of the project from the very beginning.

Heiner Stuhr, Managing Partner of Stuhr Container Logistic, on Truck FIT: “At first, we were sceptical of the changes to the system because we feared that the flexibility our business needs would get lost. However, in our role as a development partner, we were able to express our concerns transparently from the start. The HHLA project team engaged in dialogue with us and always found the right solution.” Thanks to the feedback from haulage companies, the system was further developed based on the needs of users. “Now there are more bookable slots available at short notice than there were before the adjustments, which has a positive impact on our business,” adds Heiner Stuhr.

Oliver Dux, Managing Director of Container Terminal Altenwerder, declares, “We are very grateful to all our project partners – including Stuhr – for supporting HHLA’s introduction of Truck FIT despite the difficult circumstances. The current situation in particular illustrates how important it is for all parties that are affected by the supply chain disruptions to work together and to find solutions.”

The slot-booking process was introduced in the Port of Hamburg in 2017 to prevent bottlenecks at the terminals and to relieve the traffic situation. At the beginning of 2022, HHLA began updating the system with the introduction of Truck FIT, since the no-show rate – the proportion of unused slots – had grown significantly. With the system update, haulage companies with a no-show rate that is too high will be offered a limited contingent of slots during peak times the following week. Slots can still be booked freely during off-peak times. Since the end of June, it is no longer possible to swap slots that have already been booked. In a final step, the system’s transparency will be further increased through the disclosure of actual throughput times at the terminals. 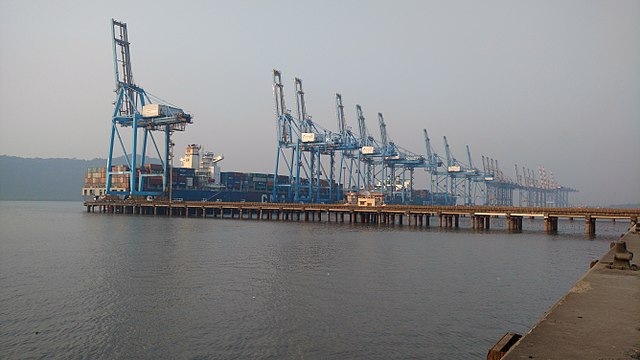 Nhava Sheva Freeport Terminal will be owned by J M Baxi Ports & Logistics and CMA CGM’s subsidiary CMA Terminals and will operate as a multi-user terminal. This agreement seals a long-term partnership, as part of a broader strategy towards developing cooperation in the fields of new logistics solutions, supply chain digitalization and training enhancement for younger generations in the fields of shipping and logistics.

Nhava Sheva Freeport Terminal will take-over JNPCT’s 680-meter quay length and 54 Ha of yard, developing it to become an efficient gateway for Northwest India, by enhancing capacity with an upgrade of equipment, yard, and systems.

The consortium is well positioned to execute the plan, thanks to CMA Terminals Holding’s experience at 50 active port terminals across 33 countries together with J M Baxi Ports & Logistics’ strong track record of managing brownfield terminal concessions in India and 2 containers terminals at Vizag and Kandla.

Nhava Sheva Freeport Terminal’s offering is further enhanced by its intermodal connectivity via a rail freight corridor that connects the terminal to main production and consumption centers in India. This offers terminal customers quality integrated services at sea and ashore.

With this new concession agreement, CMA CGM is growing its terminal footprint while supporting the growth and efficiency of its commercial and operational activities in India. The group is consolidating its end-to-end service offering and establishing greater control over the logistics chain to offer its customers higher quality, integrated, digital and more environmentally friendly services in a context that requires a comprehensive approach to the supply chain. As one of the nation’s top ocean-freight carriers, CMA CGM is well positioned to serve its customers, thanks to a strong presence in India over the past three decades.

The CMA CGM Group has been operating for over 33 years with 20 branch offices PAN India and a combined workforce of 7 528 staff members. The group operates 14 weekly mainline services at 5 gateway ports in India, connecting major global destinations with a state-of-the-art intermodal network on land and in air. The Group reiterates its support to the Indian economy through this partnership which aims at broadening the country’s national trade with a wider access to regional and global markets.