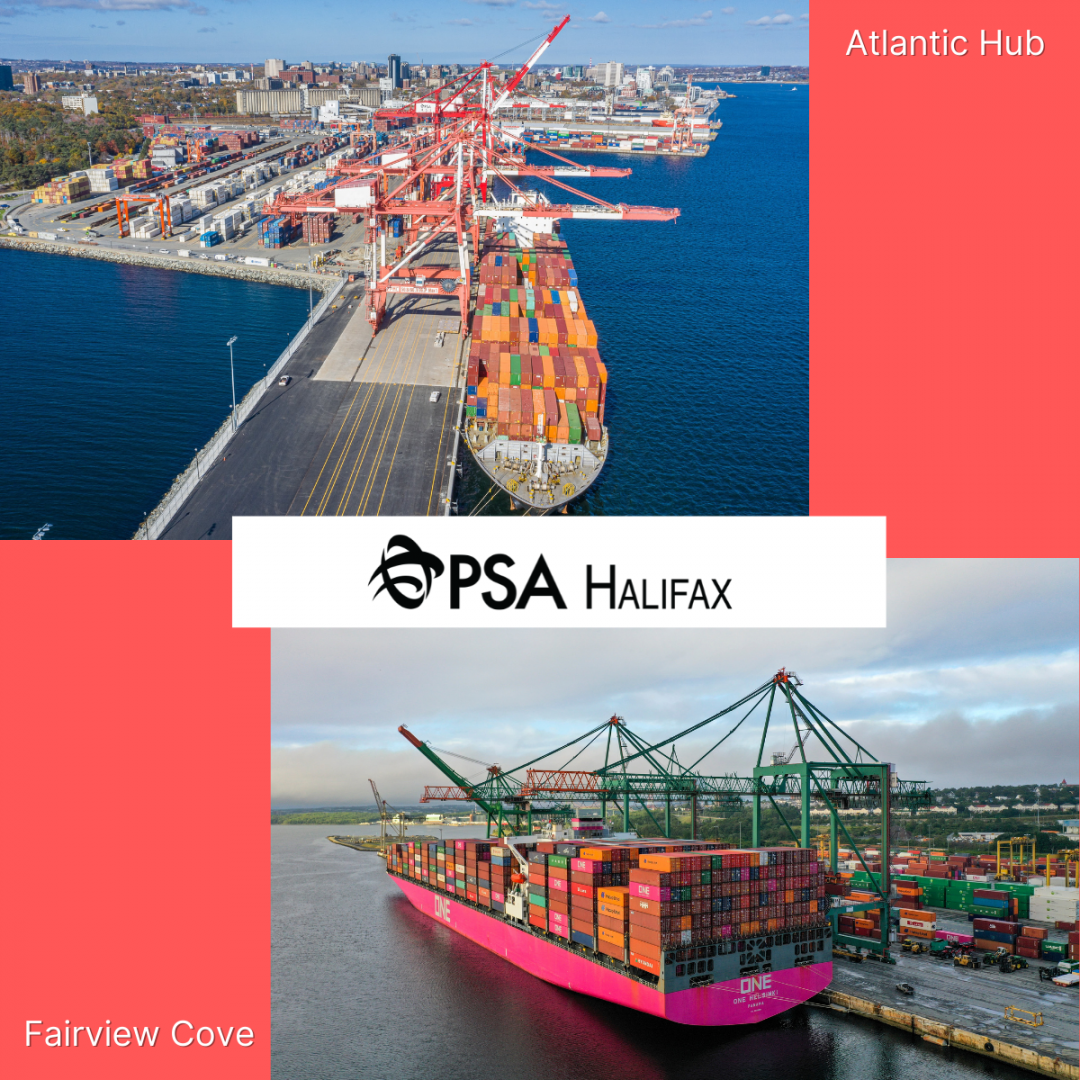 PSA expands its presence in the Port of Halifax. Image: PSA International

PSA Halifax’s Atlantic Hub terminal is located at the south end of the city of Halifax and new investment in megavessel handling capability over the past two years have future-proofed its long term competitiveness, allowing it to handle the largest vessels ever to call at Canada’s ports to date. PSA Halifax’s Fairview Cove terminal, at the north end of the city, will complement Atlantic Hub’s existing operations for vessels of up to 8,000-TEU capacity as part of its integrated offerings.

Tan Chong Meng, Group CEO of PSA, said, “PSA Halifax’s Atlantic Hub was our Group’s first coastal terminal investment in Canada and we are pleased to be given the opportunity to also operate the Fairview Cove terminal. This will allow the port to expand its service offerings and transform it from a coastal to a global hub port – enhancing competition, presenting significant efficiencies and strengthening Halifax’s position as a port of choice. To this end, we look forward to greater collaboration with the Halifax Port Authority, CN Rail and other partners, as we seek to extend Halifax’s hinterland to new markets. PSA Halifax will continue to work closely with our stakeholders to jointly explore and develop sustainability-driven, value-add services beyond the port, to benefit supply chain customers and the greater maritime ecosystem.”

“Our operating model provides cost advantages to those looking for a reliable and efficient way to move cargo inland now and in the future,” said Captain Allan Gray, President and CEO, Halifax Port Authority. “We know that the cargo owner has options and decides what is best for them after carefully weighing time, reliability and cost, so with a new long-term lease agreement in place with PSA Halifax and more streamlined operations from the pilot station right through to the terminals, we are confident that we can work with partners to ensure the cost remains competitive. In addition, we will continue to invest strategically in new infrastructure to maintain and build on today’s excellent
service and will not promise more than we can deliver as a team.”

“This is a significant milestone for all parties involved,” said Thomas J. Hayes, Chair of the Board of Directors, Halifax Port Authority. “Halifax is a port that can handle the large vessels and focuses on operational efficiency. This new operating model will allow PSA Halifax to capture new efficiencies which will ultimately help drive more cargo through our international gateway, creating opportunities for Nova Scotia manufacturers, importers and exporters, and more cargo-related jobs across the supply chain.”

Jan Van Mossevelde, CEO of PSA Halifax, said, “With one dedicated ILA workforce and an efficient facility comprising both terminals, PSA Halifax will have a stronger and more capable team to deliver consistent and high quality service to ocean carriers, shippers and stakeholders across this great city. The optimisation of berth capacity in the Port of Halifax also supports the Government’s sustainability objective of reducing cross-town truck traffic. We will work to ensure that the Port City of Halifax continues to provide creative supply chain solutions for Canadian exporters and importers, as well as reliability into US markets.”

The joint operations will allow PSA Halifax’s Fairview Cove terminal to build on its extensive railhead, RoRo (roll-on roll-off) capabilities and location to drive greater connectivity for shippers. At the terminal, additional westbound service options made available to importers from North Europe and California dovetail with weekly South Asia vessels.

PSA Halifax’s Atlantic hub terminal continues to build up Eastern Canada’s leading ‘Ultra-class’ capable hub, providing to the largest container ships on North America’s east coast, minimal deviation routes from Asia and Europe on all trans-Atlantic routings. The terminal has in recent year welcomed a new service from Europe and announced Canada’s first direct connection to and from India. In May 2021, it received Canada and East Coast North America’s largest container ship, handling its first 16,000-TEU capacity vessel from Asia.

With fast and efficient CN Rail service, backed by a unique and growing network of coastal feeder opportunities, PSA Halifax’ Atlantic Hub and Fairview Cove will offer superior logistical support and environmentally-beneficial options for a broad range of shippers

The VCFI closed 2021 at an all-time high 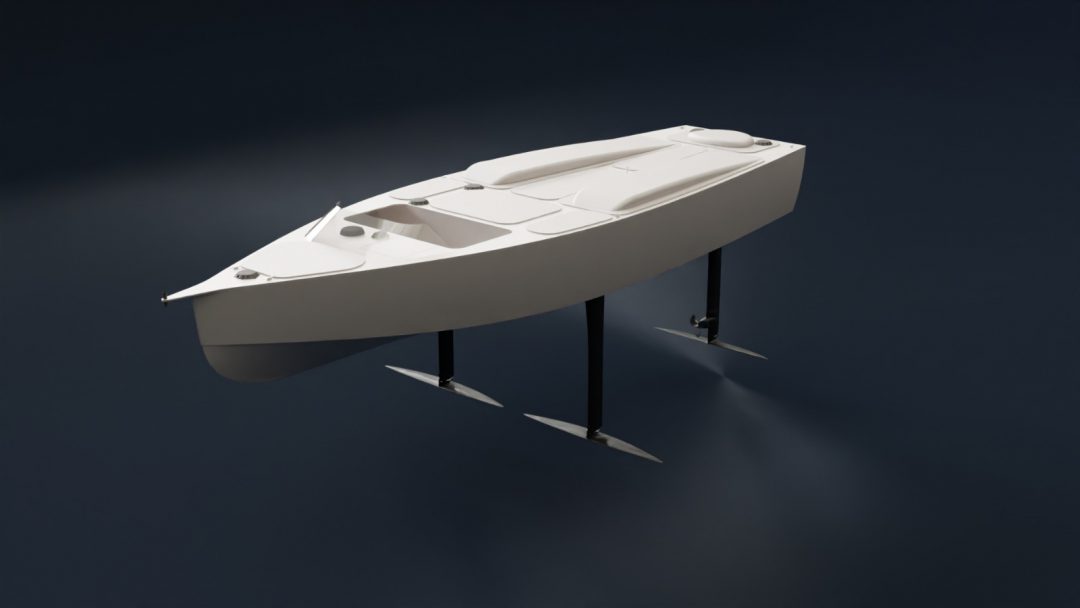 Steven Forsberg, Managing Director at Marinetrans, says: “The reasons to sponsor the TU Delft Hydro Motion Team are clear. As a marine logistics company we are aware of our own footprint and the environmental impact we make when handling global transport projects for
our customers. Since we formulated our ‘Going Green’ mission, we actively seek to align ourselves with sustainable technologies, projects and suppliers. Innovative propulsion systems and other emission-reducing maritime systems, software or equipment are of key interest to that mission. This project, the technical developments behind it and the vessel itself provide all of that. A great example of what is possible today, especially with real teamwork.”

At Marinetrans, several emission-reduction schemes are currently unfolding, incl. its own CO2 Offset Programme that clients can partake in to counter the environmental effects of their operations and the transports handled by Marinetrans to make them happen.

What is the Hydro Motion Team?

The TU Delft Hydro Motion Team was founded to show the maritime industry a number opportunities to tackle industry-related climate challenges. To this end, a new team of 20+ students is formed every year aiming to push the boundaries of sustainable technology. This
year, the team consists of 23 multidisciplinary students who explore innovative developments in collaboration with industry experts, partners and alumni. Over the course of 17 years the teams built a number of solar-powered vessels (top speed of 55 km/h / 29.7 knots!),
switching to hydrogen propulsion in 2021 and, among other results, delivering the first foiling hydrogen-powered boat in the world!

The ‘Aurora’ is built from scratch and will become a monohull, carbon fibre, zero-emission vessel. The foiling system has been re-designed and to that end as much weight as possible is being saved, which is important for the Monaco Energy Boat Challenge where all teams
compete on Manoeuvrability, Speed and Endurance. All other teams are experienced professionals, making the race and creating their own technology all the more interesting for the student team. They even build their own Lithium battery.

Emma Alblas, responsible for external relations, says: “We want to inspire the maritime industry to move towards sustainable shipping and shipbuilding. For that, we spend one year in designing, building and racing a zero-emission boat, in this case a foiling hydrogen-
powered boat. And of course, we will test it. This year, we’ll spend three months of testing the hydrogen system, the vessel characteristics and of course the foiling system; an interesting period in which our partners are regularly updated and invited to see the technology and progress for themselves. As a team we do this to show the world what is possible and we thank Marinetrans and our other partners for enabling us to make this vessel a reality.” 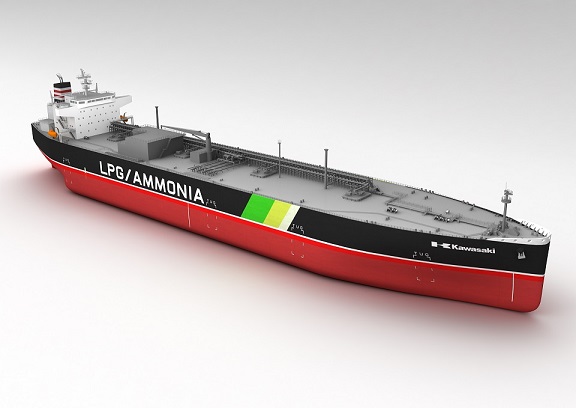 NYK announced the order of its fifth liquefied petroleum gas dual-fuel very large LPG / liquefied ammonia gas carrier from Kawasaki Heavy Industries Ltd. The ship will be built at the KHI Sakaide Works shipyard and is set for delivery in 2026.

This vessel is the seventh in NYK’s fleet of LPG-fueled LPG carriers and the fifth in a new type of vessel that is also capable of carrying ammonia and will be equipped with separate cargo tanks designed to carry LPG and ammonia at the same time to flexibly respond to various trade patterns.

Furthermore, in addition to the LPG dual-fuel engine, the ship will have a shaft generator that can generate electricity during the voyage by using the rotation of the shaft that connects the main engine to the propeller. Since the diesel generator can be stopped during normal seagoing transit, realizing full navigation with LPG fuel will be possible except for the use of a small amount of pilot fuel.

This new VLGC will comply not only with the SOx Global Cap regulations* that were tightened from January 2020 but also with the IMO’s Energy Efficiency Design Index Phase 3 regulations, which implemented stricter CO2 emission standards from April 2022.

Moreover, the vessel is expected to be given notations by Nippon Kaiji Kyokai as a VLGC that has a preparatory design in accordance with the guidelines issued by ClassNK so that this vessel may use ammonia fuel in the future. 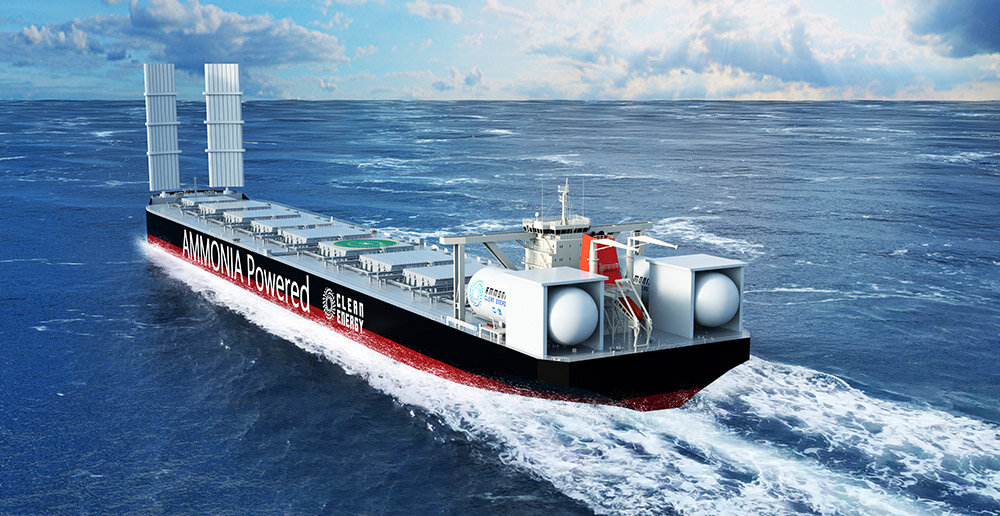 Mitsui O.S.K. Lines, Ltd. and Mitsui & Co., Ltd. announced that they have received Approval in Principle from the Nippon Kaiji Kyokai for the design of a large ammonia-powered bulk carrier.

MOL and Mitsui jointly determined the size and specifications of the vessel, and both companies entrusted Mitsubishi Shipbuilding Co., Ltd. for design of the vessel. The AiP covers a “210,000 DWT Cape size” bulker, a highly versatile class of ship.

The design calls for a main engine fueled by ammonia, which emits no CO2 when burned, thereby achieving zero CO2 emissions during the voyage. The vessel will also feature two ammonia fuel tanks on deck to maximize the cruising range for various routes and to make the most effective use of cargo space. Furthermore, ClassNK is scheduled to conduct a risk assessment to confirm that no unacceptable risks exist at the basic design stage and to identify items to be considered in the detailed design, which will incorporate safety measures fully taking into account the toxicity of ammonia, and other factors.

Amid the trend toward decarbonization, global interest in ammonia as a next-generation clean energy source is growing, and the maritime industry is accelerating its efforts to strategically utilize it as a fuel. As expectations for ammonia as a marine fuel increase, MOL and Mitsui will promote the expansion of net-zero emission ocean-going vessels and play a role in society’s overall efforts to achieve decarbonization.