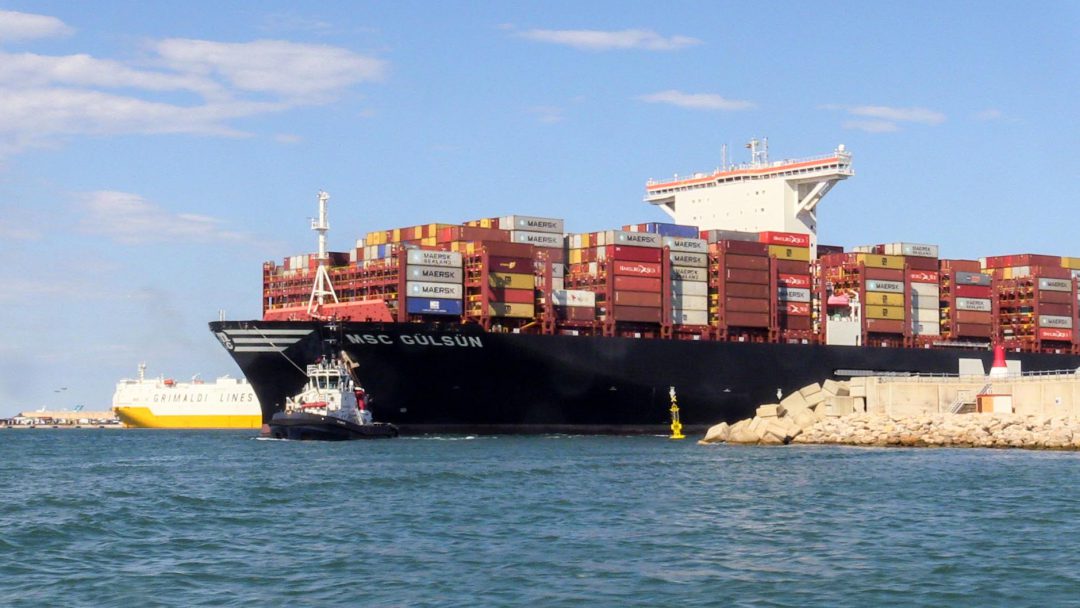 The Valencia Containerised Freight Index -VCFI in April has increased by 5.09% compared to the previous month. In the last year, the Index has doubled from 2,314.89 points in the fourth month of 2021 to 4,653.85 points in April 2022. Compared to the beginning of the historical series in January 2018, the VCFI has accumulated a growth of 365.39%. The current economic situation, marked by extreme volatility, is affecting the behaviour of the market and, thus, the supply-demand pairing for maritime transport. In addition, it is worth noting the downward revisions in world economic growth, already predicted by some of the international reference organisations.

In this respect, the energy market situation has been marked by the war in Ukraine and the drop-in activity in China because of the restrictions imposed by the new outbreaks of COVID-19. Thus, the price of Brent crude oil has reversed its upward trend, decreasing by 5% compared to the previous month to $100.8. As far as marine fuels are concerned, according to the price of bunkering (refuelling of ships at sea) in the 20 main ports of the world, according to the data provided by Ship&Bunker, a certain containment is also observed. Thus, the price of VLSFO fuel has gone from 915.50$ in March to 924.50$ in April, representing an increase of only 0.98%.

As far as transport demand is concerned, there is less demand due to the fall in international trade. According to the latest data provided by the consulting firm Linerlytica, a significant decline in port traffic volume is observed compared to the previous month, mainly due to the fall in Chinese traffic due to closures because of the zero COVID-19 policy, which has severely affected port performance in Shanghai. At the same time, the impact on European port traffic due to the sanction packages against Russia, as well as the fall in confidence levels and consequently consumer consumption, remains a constant.

Another problem faced by the maritime industry and which has been present during the month of April is the high levels of port congestion. In this line, according to data provided by Linerlytica, global port congestion increased by 1.4% during April, with 3.4M TEU representing 13.4% of the total fleet. The main regions affected include North America (30%), North Asia (29%) and Northern Europe (11%). As is evident, the reasons behind these levels have been the pull of import demand from North America together with the closure of Chinese ports due to the new outbreak of COVID-19, which has doubled waiting times.

As for the analysis of the different areas that make up the VCFI, the increase is the general trend except for Latin America Atlantic, which has decreased by 0.94%. As far as increases are concerned, it is worth highlighting the increase in freight rates in the USA and Canada (9.82%), due to the boost in import demand, as well as East Coast Africa (8.14%), as a direct consequence of the serious flooding caused by heavy rains, which has forced port activity to come to a standstill, leading to the accumulation of large quantities of containers.

As for the Western Mediterranean sub-index, an increase of 6.29% is observed with respect to the previous month, standing at 2,333.88 points, and accumulating a growth of 133.39% since the beginning of the series in 2018. However, and at the same time, about traffic from Valenciaport, there is a decrease in traffic to Morocco, Tunisia and Algeria compared to the previous month, a transitory situation, given the complex situation now.

In the Far East area and preceded by a decrease in the month of March, an increase of 3.58% is observed, reaching 3,771.91 points and thus accumulating a growth of 277.19% with respect to the beginning of the series in January 2018.In this line, a decrease in Valenciaport‘s export flows with China, its main trading partner, stands out. Again, this could be a one-off situation given the current context, marked by the port congestion in the main Chinese ports, which is causing disruptions in transport and supply chains while also fuelling inflation. 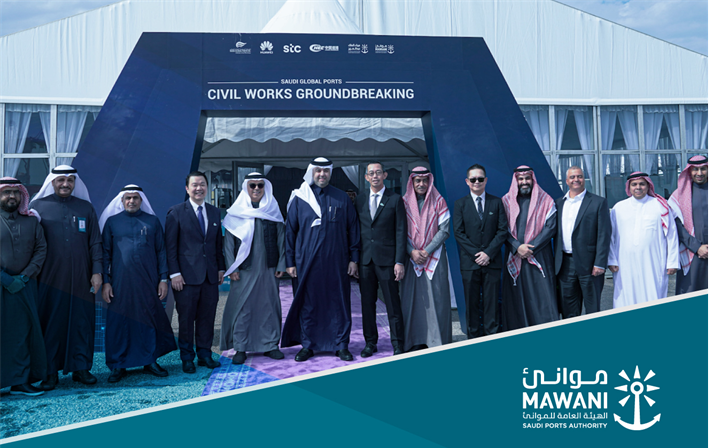 The Saudi Ports Authority has announced the laying of the foundation stone for upgrading and developing two container terminals at King Abdulaziz Port in Dammam under the Build-Operate-Transfer concession signed with Saudi Global Ports valued at over 7 billion riyals.

The project is set to take the national maritime regulator a step closer to realizing its Saudi Vision 2030- inspired roadmap centered around optimizing port operations and modernizing infrastructure to build a booming and sustainable maritime ecosystem while fulfilling the aspirations of the National Transport and Logistics Strategy to position the Kingdom as a global logistics destination connecting three major continents.

The concession will work on refurbishing berths and facilities across the Port’s first container terminal besides expanding berths and overhauling the container yard within the second container terminal to enable the Arabian Gulf hub to handle giant containerships. The development works will also add a custom-built sandbox to test cutting-edge technologies and conceptualize new processes before going online.

Apart from generating over 4,000 jobs in the local economy, the project is expected to raise the Port’s overall capacity by 120% to 7.5 million TEUs and strengthen the nation’s supply chains, boost its foreign trade, and improve the Kingdom’s rank in global indices.

As part of its long-term developmental strategy to deploy 160 high-impact projects at a total cost of over 4 billion riyals, Mawani is keen on partnering with leading industry players to transform Saudi ports into engines of growth and investment in the shipping and transportation sectors.

2022 represented a monumental year for King Abdulaziz Port in Dammam and its operator SGP with record-breaking annual performances across various indicators yielding the Port’s highest container throughput in its history at over two million TEUs. 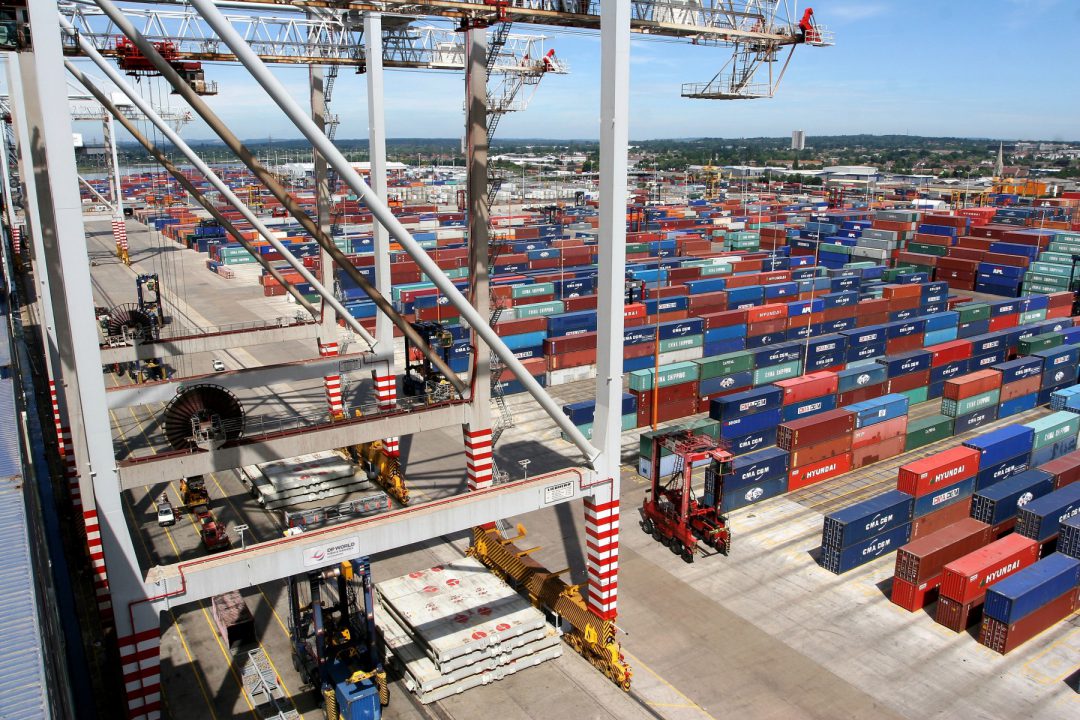 DP World’s container terminal at Southampton enjoyed its greenest-ever year in 2022 after delivering a 55% reduction in net carbon emissions from its fleet and installations.

DP World, the leading provider of worldwide smart end-to-end supply chain logistics, runs the UK’s most advanced logistics hubs: two deep water ports at Southampton and London Gateway with access to freight rail terminals, and a rapidly expanding logistics park on the doorstep of the capital.

The news represents a major step forward for DP World’s ambitious plans to reduce emissions after Southampton became the first port in the UK to eliminate fossil diesel from its operations entirely and transition to Hydrotreated Vegetable Oil (HVO) last April.

HVO is a renewable biodiesel derived from sustainable sources which, as well as lowering carbon dioxide emissions, reduces levels of nitrogen oxide, particulate matter and carbon monoxide. DP World estimates the switch from diesel to HVO at the port saves around 14,000 tonnes of carbon dioxide annually – the equivalent of taking more than 8,000 family cars off the roads.

Steve McCrindle, DP World’s Port Operations Director at Southampton, said: “We are delighted by the progress we have made on our green journey since moving to sustainable HVO last April. The transition away from fossil diesel means that the overwhelming majority of the fuel used at Southampton now comes from a green and renewable source.”

“We will use HVO for the entirety of 2023 and therefore expect a further 35% net reduction in carbon emissions from our fleet and installations by the end of the year, making for a 90% reduction compared with 2021. This sector-leading performance shows our commitment to playing our part in helping the UK meet its Net Zero 2050 policy,” McCrindle added.

DP World operates ports, terminals and logistics businesses on six continents. At London Gateway the new £350 million fourth berth, which will lift capacity by a third when it opens in 2024, will be all-electric and the UK’s first all-electric terminal tractor is now in service.

Southampton already has the highest proportion of containers moved by rail in the UK (up to 30%). Combined with London Gateway, this means around 300,000 trucks are taken off UK roads each year, saving emissions and reducing congestion.

The company has also earmarked a further £1 billion for investment in the UK over the next 10 years.

DP World announced plans in November last year to invest up to US$500 million to cut carbon emissions from its operations by nearly 700,000 tonnes over the next five years. The reduction represents a 20% cut from 2021 levels, through electrifying assets, investing in renewable power and exploring alternative fuels. In the longer term, DP World aims to be a carbon neutral business by 2040 and has a clear roadmap to achieve net zero carbon emissions by 2050 across its entire global network

HHLA and CSPL agree to invest in CTT

HHLA and CSPL agree to invest in CTT. Image: HHLA

HHLA and CSPL close to finalising the agreement for an investment in CTT. Referring to the publication of a mandatory announcement by COSCO SHIPPING Ports Ltd on the Hong Kong Stock Exchange on 6 January 2023, a HHLA spokesperson states:

“We can confirm that in objective, constructive talks between Hamburger Hafen und Logistik AG (HHLA), CSPL and the Federal Ministry for Economic Affairs and Climate Action, it has been possible to agree on concrete conditions for CSPL’s participation in HHLA Container Terminal Tollerort GmbH. HHLA and CSPL are currently in talks to clarify the final details and are aiming to finalise the transaction soon. HHLA is pleased to continue the cooperation with its long-standing business partner COSCO on a new level.”

Since October 2022, HHLA and CSPL have agreed under certain conditions to discuss a shareholding of less than 25 percent in HHLA Container Terminal Tollerort GmbH with the German government. The parties have agreed not to disclose the contents of the agreement.

HHLA is one of Europe’s leading port and logistics companies with activities stretching beyond the Port of Hamburg into many parts of Europe. Together with its customers, HHLA develops logistical and digital hubs for the transport flows of the future. As a result, HHLA is paving the way for sustainable growth in its enterprise value.