iPort Rail announced the launch of a new rail service- Humber Express Shuttle, connecting the Port of Immingham and iPort Rail with the capacity to move 80 containers per day.

The Humber Express, a partnership between DFDS, one of Europe’s leading ferry and logistics providers and our team at iPort Rail. It is open to businesses across the region and nationwide wanting to make this route part of their supply chains.

Containers will arrive at Immingham by ship from destinations worldwide carrying a wide variety of goods. They will be loaded directly onto the train at the Port before being moved by rail to Doncaster and from there to onwards destinations across the country. At the same time, goods from across the UK can arrive in Doncaster for smooth transit to Immingham and onward to DFDS European network destinations. Services will run in both directions twice a day with capacity for 80 containers every 24 hours.

Announcing the launch of the service, Steve Freeman, managing director of iPort Rail, said: “Rail is already a greener alternative for moving goods long distance by road and is being adopted by more businesses to help make their supply chains more sustainable. It also has an important role to play in keeping goods moving while the road haulage industry is under such pressure.

“New approaches and strong strategic partnerships are going to be increasingly important if businesses are going to maximise their potential in the current circumstances. This new service offers businesses a reliable and efficient route to and from the Port of Immingham with the option for customs clearance in Doncaster and seamless onward transit.”

Andrew Byrne, managing director of DFDS in Immingham, said: “The logistics industry is facing one of its largest challenges in a generation. There are additional complexities due to Brexit still impacting on supply chains, and the current shortage of lorry drivers is threatening to undo years of development of efficient just in time operations that rely on supply chains that operate equally as quickly and proficiently.

“With tens of thousands of containers, tank containers and trade vehicles moving in and out of the Port of Immingham every year the fact none of these are moved by rail is something that has long needed addressing. The Humber Express complements the efficient logistics and transport operations which already successfully run out of the Port of Immingham. I am delighted that DFDS and iPort Rail have had the courage and commitment to make it happen.”

Immingham is the fourth biggest port in the UK when measured by the number of units that cross the quayside. In 2020 Immingham and Grimsby handled over 10% of all the units moved in and out of the UK, behind Dover, Felixstowe and London. Whilst Felixstowe and London have regular and essential unitised rail services to and from the port, Immingham has only moved bulk or break-bulk products by rail, until now.

Ruscon launches a multimodal container service from Japan to Kazakhstan 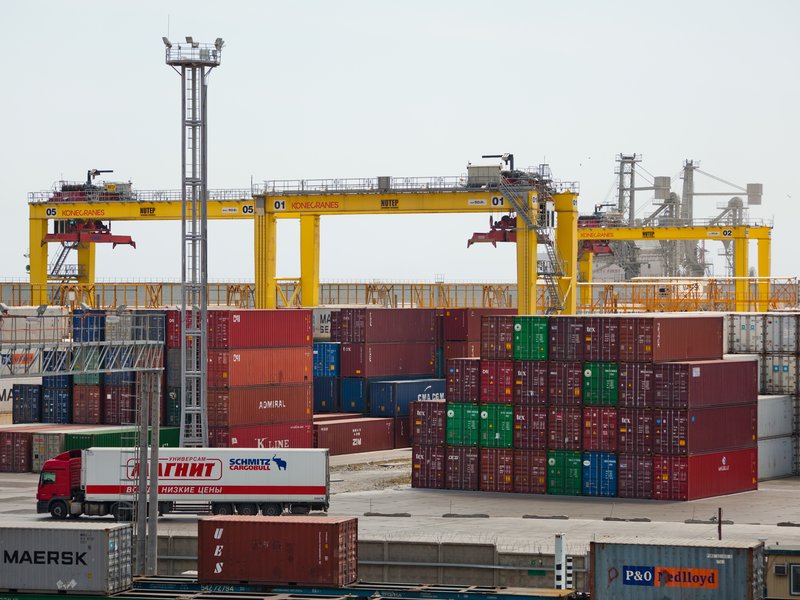 In August 2022, the logistics operator Ruscon, part of the Delo Group of Companies, successfully launched a multimodal container service from Japan to Kazakhstan.

Delivery of goods is carried out by ship from the port of Kobe, Japan to the port of Vostochny, after which it goes by rail to the Almaty-1 station. Departures occur with a frequency of 1 time per month. Travel time for the marine component of the service is 5-6 days.
Through transportation in containers from Nakhodka is carried out by Ruscon together with PJSC TransContainer, which is also part of the Group. Ruscon customers have access to door-to-door delivery and forwarding services.

With the launch of the new service, customers have received an additional opportunity to more flexibly plan and organize uninterrupted cargo deliveries through the Far East.

“The development of communication with Southeast Asia is one of the top priorities for Ruscon. Taking into account the interest in expanding the territories of presence and developing new routes, we intend to concentrate our efforts to create optimal and high-quality customer services in the region,” said Marat Akhmatdinov, General Director of Ruscon Asia LLP.

Ruscon is a part of Delo Group, 3PL operator for containerized cargo delivery in Russia and the CIS based on Delo Group’s asstes. Ruscon expands its ability to provide end-to-end cargo delivery services by a range of its own transportation assets: marine terminals, fleet of trucks, flatcars, inland terminals, customs and logistics storage facilities as well as developed network of branch offices.

Delo Group is the largest transport and logistics holding in Russia, managing sea container terminals in the Azov-Black Sea, Baltic and Far Eastern basins, a network of railway container terminals, a fleet of containers and fitting platforms. 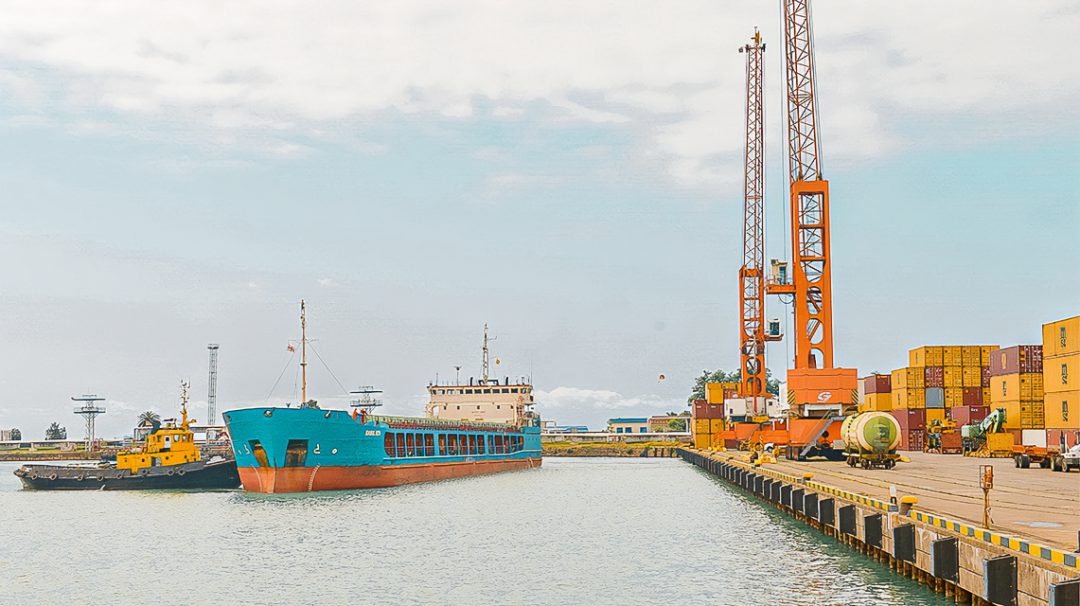 The rail-sea service connects Asia to Europe via the Trans-Caspian International Transport Route, also known as the Middle Corridor. It is designed to cater to the capacity requirement of the Middle Corridor, which has seen increased freight traffic due to the growing volume transiting through Azerbaijan. Majority of the cargo handled by the service are exports from China.

For the sea leg, ADY Container and Azerbaijan Caspian Shipping Company deployed a feeder vessel to operate the route between Port of Batumi and Constanța in Romania every 10 days. From Romania, cargo is transported by rail to different destinations in Europe.

More than 9,000 TEUs have passed through the Trans-Caspian route during the first four months of 2022 – a 30 percent increase compared to the volume from the same period last year. With the current geopolitical situation in Europe, ADY Container expects traffic through the Middle Corridor to further increase, which would also require adding more vessels to service the route.

Batumi International Container Terminal- BICT, a wholly-owned ICTSI Group company, has been active in the port of Batumi since 2007 when it acquired a 48-year lease to operate a multi-purpose terminal with exclusivity for container handling. ICTSI  is in the business of port development, management and operations  ICTSI’s portfolio of terminals and projects are located in developed and emerging market economies in the Asia Pacific, the Americas, and Europe, the Middle East and Africa

RUSCON completes the export of two container trains to Belgium 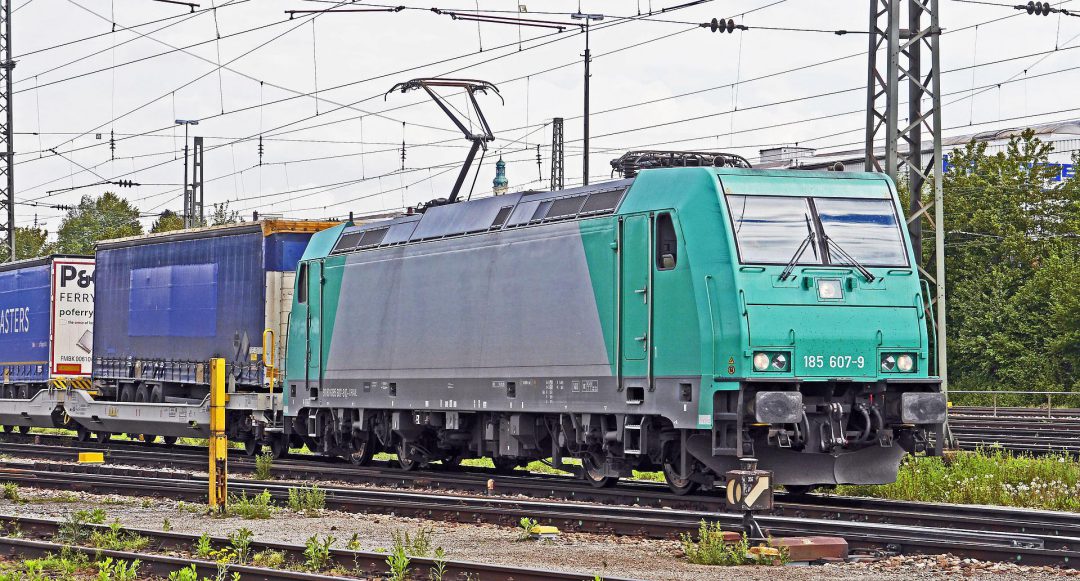 In July 2022, container trains with 124 40-foot containers were delivered to the destination – Zeebrugge. The trains followed the route Tikhonovo Station – Brest/Malashevich – Rotterdam – Zeebrugge. The cargo was delivered in two shipments. The first train set out in June and the second after two days.

The shipment successfully passed customs clearance at the border with Poland and passed through Europe to the destination in Rotterdam without any delays. The organizers of the transportation are the Moscow office of RUSCON together with TransContainer.

“Considering all the geopolitical instability, one of a key factor in delivering the shipment without delays was the proficiency of a specialists and their careful planning of the delivery route. We keep on the planned course and adapt to any external conditions.” said Andrey Chernyshev, the Senior Vice President of RUSCON.

He added, “The successful implementation of this shipment once again confirmed the high level of professionalism both company and our colleagues from TransContainer in carrying out such a difficult shipments.”

Ruscon is 3PL operator for containerized cargo delivery in Russia and the CIS based on Delo Group’s assets. Ruscon expands its ability to provide end-to-end cargo delivery services by a range of its own transportation assets: marine terminals, fleet of trucks, flatcars, inland terminals, customs and logistics storage facilities as well as developed network of branch offices.

The transport and logistics business of the Group is made up of the multimodal transport operator Ruscon and the intermodal container operator TransContainer that owns and operates the largest fleet of containers and flatcars over the entire 1520 standard railway network.